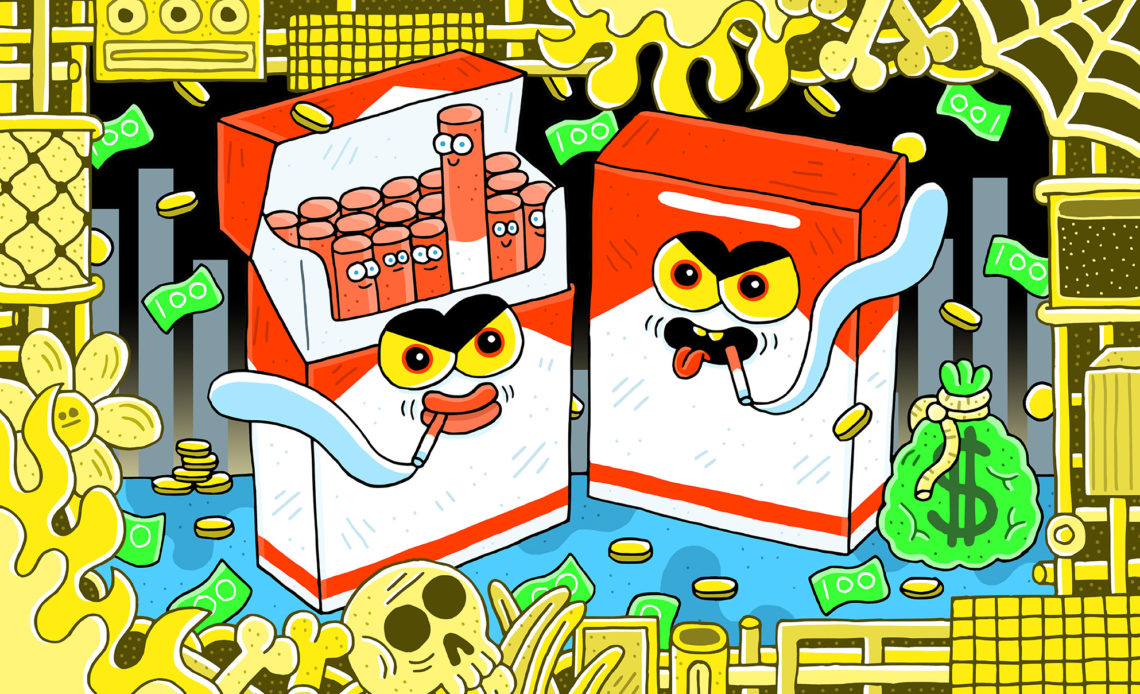 Vaping vs. cigarettes is hardly a question among regular people, as opposed to government regulators. And don’t be fooled–those regulators have their hands in the cookie jar when it comes to funding state coffers. Why do they treat nicotine water vapor as a “tobacco product” when it has no tobacco in it whatsoever?

As they said in the investigation of Richard Nixon back in the ’70s: Follow the money.

Many states were promised huge payouts from tobacco companies for advertising to children. But that money has been very slow to materialize. Added to that, because of their (creditable) anti-youth-smoking campaigns, cigarette sales have gone down significantly. Since cigarettes are taxed like nothing else, this means that less smoking means less tax money coming in. Less cash coming in with no payment in sight means they need to make that money they had already spent.

Let me repeat: the states knew that a huge Big Tobacco payment was on the way but didn’t know when. So they closed their eyes and spent the money they didn’t have yet. Sure, you or I might do that when we are waiting on a tax return. But we’re not elected officials sworn to protect and serve the millions of people depending on them. One would expect a little higher standard of financial responsibility … or at least we’d sure appreciate it.

Anyway, since this money was already spent. What were lawmakers to do? The rise of safer, cleaner vaping (vs. cigarettes) was one of the primary causes of people quitting cigarettes, so …

Hey, let’s call water vapor a “tobacco product” and tax the living hell out of it!

To legislators basing their decisions not on what was best for their state’s citizens, this was bliss. They would bring in millions while they waited for that Big Tobacco settlement money to come rolling in. There were fewer people smoking cigarettes because they were vaping instead, so it all evened out. When vape companies didn’t play ball, states started banning vape products altogether. Politicians won but adults trying to quit smoking were the big losers in this Nanny State environment. (Not to mention that some vape companies were driven out of business for selling a legal, more healthful products. But that’s a subject for another post.)