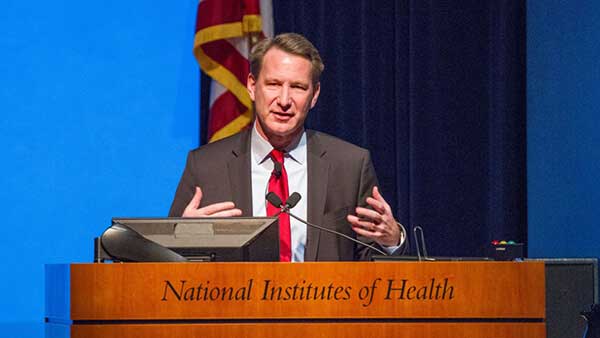 Great reporting today by Vaping Post on an epically frustrating—but not terribly surprising—development in the world of vaper persecution. Former FDA crime boss Scott Gottleib’s replacement is expected to be just as much of an asshole to the vape industry as was his disgraced forerunner at the once-useful government agency.

Ned Sharpless, who is as sharp as his name would indicate, has embraced the mantle of “e-cigarettes are tobacco products czar” despite the known fact that no e-cig, vape, or e-juices have ever included so much as one molecule of tobacco. (Could it be that Big Tobacco and the states are trying to get more and more money? Yes, it could.) Now, Sharpless has extended the “comment period” for discussing the compliance policies that conflate tobacco and vape juices, so some are thinking this might mean the persecution might ease up, but that may be as likely as allowing comments on whether Santa Claus is real means that Santa Claus will, in fact, be deemed as real.

(Note: In accordance with all relevant laws and regulations, nicsaltify stands against children using any vape products whatsoever. So we’re not concerned about the possible spoiler to children that Santa Claus isn’t real. If you’re a kid, you shouldn’t be reading this blog anyway.)

As the Vaping Post article explains, Sharpless is known for his extensive scientific background and was the expert at the National Cancer Institute. We hope that this means he will actually read some of the growing number of studies that show vaping has never been reported to cause cancer … or “popcorn lung” … or heart problems … or lung damage. Also, nicotine has been found to be more of a “smart drug” than something harmful in itself when not combined with the more than 7,000 chemicals added to Big Tobacco cigarettes.

Sharpless’s exact position on vape products isn’t totally known, and he did tell CBS This Morning that no one “Nobody is certain yet what the national policy on e-cigarettes should be regarding tobacco control.” However, we here at nicsaltify think that anyone with a brain should be pretty darned certain, since there’s no tobacco anywhere in vaping and so “tobacco control” is completely irrelevant.

Sigh. We’ll keep you posted on all the latest developments from the Nanny State, so see you here for more soon.