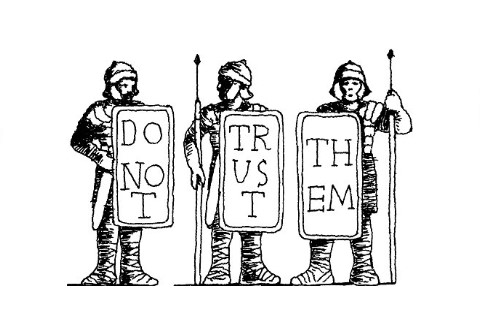 The most respected health journal in the world, the Journal of the American Medical Association, just released a report detailing the results of recent studies showing how Americans are led further and further away from the truth about how much better vaping is for your health is than smoking traditional Big Tobacco cigarettes. This is a direct contradiction to the conflation perpetrated by lawmakers seeking to fill their states’ coffers (and mollify the cigarette industry).

What? Politicians lying about their motivation when limiting the rights of adults to choose a safer alternative that they also happen to enjoy a whole lot more? Say it ain’t so!

Anyway, the study shows that between 2012 and 2017, more Americans than ever before believed that vaping is just as harmful as smoking dirty-ass combustible cigarettes. Some research showed that it went up by 300 percent. Now, even with that sizeable increase, still less than 10 percent of those surveyed believed this claptrap—every bit of research ever done comparing vaping and smoking shows vaping safer by a factor of twenty—so I guess we should be glad only one-tenth of people are this gullible in the age of Trump and Fox “News.”

The upshot of all this is that researchers—the same researchers who found that this untruth is believed by a lot of people—think if young people think vaping is as dangerous as smoking, then they won’t vape.

No, you ding-dongs—they’ll figure they might as well smoke cigarettes.

May the gods help us.

Read all about it at the venerable vape news site known as … well, as Vape News. (By the way, if you don’t have Vape News bookmarked, as a vaping enthusiast, you really should. We bring the snark and let you know what’s going on in this tasty cloudy world of ours, but Vape News gives you everything all the time.)