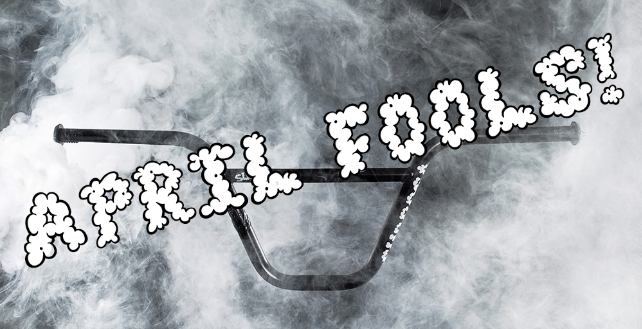 What’s more fun than deceiving those who trust you? NOTHING! That’s why April Fool’s Day is such a hit, enjoyed and dreaded in equal measure.

And since vape companies are nothing if not in touch with current cultural trends, this year they produced some of the funniest gags on the Web. It’s not April Fool’s anymore … it’s VAPE-ril Fool’s

MOJO sticks it to The Man

Nicotine is addictive (in cigarettes, anyway — studies show this isn’t necessarily the case with nicotine without cigs’ 7,000 added chemicals). So is chocolate, caffeine, sugar, and a lot of other things kids consume on a daily basis. That said, NO UNDERAGE PEOPLE SHOULD EVER VAPE OR USE NICOTINE PRODUCTS. The FDA has classified vape e-juice as a “tobacco product” despite the fact that it has zero tobacco, so keeping it out of the hands of children is of course a top priority for our Nanny State.

It’s with this is mind that MOJO, the makers of one of the most popular closed-pod vape systems out there, made its April Fool’s gag into a joke sticking it to The Man trying to end this enjoyable pastime for American adults: The Smart Puff, “the very first vaporizer that can detect the age of the user,” presumably to keep it from working when it senses child lips.

The funniest  — and ballsiest, considering the current political attitudes toward vaping  — part of MOJO’s joke ad is the tagline at the bottom: “Underage? Don’t care.” It’s a hilarious jest by MOJO, and one we should all be proud of as an industry.

“My First Vape” is so convincing it prompted a Snopes investigation

But to most of us with brains, it’s an obvious April Fool’s gag. According to the insanely hilarious (but fake) ad, “‘My First Vape’ has been specially made to be suitable for children 9 months or over so they don’t feel left out in a world full of vapers.”

Subrosa creates vape to fit inside your handlebars

Of course, it’s not all jokes about the “underage vaping is the worst thing since internment camps” mentality that were seen this April Fool’s Day. The bike company Subrosa pokes a little fun of Millennials by fake-advertising a set of handlebars that also work as a vape device. Check out these specs, where actual bike specifiations are sprinkled with vape elements as well:

(For the record, I think “13-butted Chromoly” sounds like a Men in Black alien.)

In honor of these worthy jokes, vape a little more today and blow it in some humorless hater’s face. (Disclaimer: OMG don’t do this. April Fool’s!)